Walt Disney World is famous for being the place to get up close and personal with your favorite Disney characters! These interactions help to bring the magic to so many guests and with the recent changes made for physical distancing, the one on one character meetings have been suspended. Like so many guests, I was very disappointed with the change, but I knew Disney would find a way to keep the tradition going even if it was different than what I was accustomed to.

Each park is being creative in finding ways to keep the characters visible throughout the day so that all guests get a chance to see them. In some ways, this is a better chance to see the characters as there are no lines and no schedules. These “Cavaclades” or character parades are random and are not on any schedules. If you ask a cast member about when the next one will start, they will tell you they do not know, and this is to prevent large crowd gatherings. TIP: You will know these are about to start when music starts playing through the loud speakers, and cast members start to clear paths on the streets. Animal Kingdom is using boats on the river that runs through the park as a way to transport all the characters around the park. All the characters that you normally would have to wait in separate lines for were brought out at various points throughout the day. These characters include: Pocahontas and Meeko, Rafiki, Chip and Dale, Pluto, Goofy, Mickey and Minnie, Donald and Daisy, Timon, and others!

Magic Kingdom starts the day with Mickey and Friends arriving on the train platform to wave and welcome guests for the day.

Hollywood Studios offers parades with character themed cars and characters on foot. Some of these meetings include The Incredibles, Vampirina, Doc McStuffins, Fancy Nancy, Mickey and friends, Buzz, Woody, Jessie, and of course stormtroopers on rooftop patrol in Galaxy’s Edge. The parade route starts at the entrance of the park near guest relations and travels down Hollywood Boulevard, around by the Frozen Sing-Along theatre and exits at the Jedi Training Stage by Backlot Express.

Epcot has a mix of traditional meet and greets and character parades. The parades feature Mickey and friends, various princesses, as well as Anna and Elsa. These parades take place around World Showcase. Epcot is slowly bringing back the more traditional meet and greets with characters like Mary Poppins and Alice in Wonderland in the United Kingdom gardens. Both characters were available for a more traditional and personal meet and greet. Both greet guests individually, and you were able to get 6 feet from them and take photos with them. This was by far my favorite way of interacting with the characters during my trip. While I love the parades and getting access to the characters all at once, I hope Disney will phase in more traditional meet and greets like these. They protect the guests and cast members by maintaining physical distancing but still allow that one on one interaction I was missing from the parades. After meeting Mary Poppins, I let the cast member know how much I preferred this, and she recommended including that on my guest experience survey. I would encourage you to do the same if you enjoy these interactions as much as I did!

Overall I enjoyed the character parades and hope they continue, but I would also like to see more traditional meet and greets added with physical distancing, so that first time guests can experience the magic of the personal interaction with their favorite characters. Let’s hope Disney can figure out a way to do so safely with all characters in the near future!

Contact me at JessicaNix@MickeyWorldTravel.com or 615-691-1271 to book your Walt Disney World vacation today! 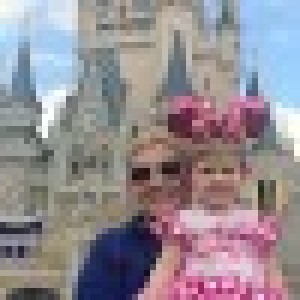 Jessica has been planning Disney vacations with Mickey World Travel since 2015, and is an Annual Passholder, Disney Vacation Club Owner and Platinum Castaway Club Member with Disney Cruise Line. When she's not planning a Disney vacation, she's traveling on one with her husband, Brandon, and daughter, Adalyn.