Have you ever wanted to take part in your own Star Wars adventure? Well now you can, with Star Wars: Galaxy’s Edge at both Walt Disney World and Disneyland Resort! Galaxy’s Edge is an entire land inspired by Star Wars and offers many exciting experiences that are exclusive to both theme parks.

Ever since I was a child, I had dreamed about getting to pilot the Millennium Falcon like Han Solo, build my own lightsaber like Luke Skywalker, or get to be a rebel hero like Princess Leia, and now I finally can! I have gotten the chance to visit both Galaxy’s Edge East (Walt Disney World) and Galaxy’s Edge West (Disneyland), and am eagerly looking forward to my return to a galaxy far, far away.

What is Galaxy’s Edge?

Star Wars: Galaxy’s Edge is located on a First Order occupied planet in the Outer Rim called, Batuu. The section of Batuu in which guests are able to explore is called Black Spire Outpost. In order to truly feel as if you are on another planet, cast members are dressed as locals on the planet, and use phrases such as “Bright Suns” as a way of saying “Good Morning,” or “Rising Moons” instead of saying “Goodnight.” The timeline for Galaxy’s Edge takes place across the sequel trilogy in the Star Wars Saga.

Batuu currently offers two incredible attractions that you should be sure to check out on your visit to the planet. Millennium Falcon: Smugglers Run gives guests the chance to take flight in the fastest hunk of junk in the galaxy on a Coaxium delivery for the pirate, Hondo Ohnaka. Guests will be given one of three positions on the Falcon: pilot, gunner, or engineer. Each job plays a crucial part on your mission and requires teamwork in order to have a successful flight.

The other attraction at Galaxy’s Edge is Rise of the Resistance. This attraction features some of everyone’s favorite Resistance heroes like Rey, Finn and Poe, who help lead you on a secret resistance mission against Kylo Ren and the First Order. Rise of the Resistance uses highly advanced ride technology and requires guests to join a boarding group in order to ride. This is a must-do attraction that any guest can enjoy, whether they are a Star Wars fan or not.

Galaxy’s Edge offers so many unique experiences for guests of all ages. Guests can visit the Droid Depot and construct their very own droid, or head down to Savi’s Workshop to construct their very own lightsaber. Both of these experiences require a reservation made in advance. Galaxy’s Edge also has a few places to eat including Oga’s Cantina, which also requires a reservation made in advance. There is also a quick service location as well as small stands spread throughout the planet. My personal favorite is the milk stand. Blue milk is the best! There are plenty of local shops and markets along the spire too. Characters like Rey, Kylo Ren, Chewbacca, and more make appearances throughout the day as they make their way through Batuu.

Overall, Star Wars: Galaxy’s Edge is a must-see land on your trip to Walt Disney World or Disneyland. Between the rides, food, characters, etc. there is something for everyone! I cannot wait to go back and visit Batuu and continue my adventure in a galaxy far, far away!

Contact me today at dylan@mickeyworldtravel.com to book your Disney vacation! 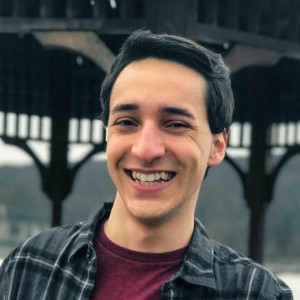 Dylan is the director of social media and marketing for Mickey World Travel. He has been travelling to a Disney park, since he was three. Dylan has a passion for all things Disney, ranging from the parks, to the movies, the characters, and beyond.

How to Join a Boarding Group for Rise of the Resistance

Be Our Guest Table Service at Magic Kingdom